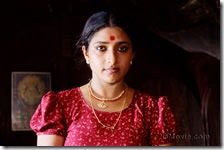 The festival opened on Friday, Oct 9th evening at the Westin Hotel in Princeton with the film “7 days in Slow Motion” by Umakanth Thumrugoti. Before the screening, as announced by the organizers, there was a small strip of red carpet on which some film makers might have walked while being photographed by the awaiting camera men. I must have missed it, cause while I was hanging out in the lobby I didn’t notice anybody on the carpet. The screening started a bit late, not because of any logistics related delay, but only to accommodate some more people who got stuck on a Friday evening traffic. The film maker, Umakanth was introduced before the screening and he also made a few comments about the film. We learnt that he is an art director at Disney films and has worked on many of Disney’s popular animated features. He took a sabbatical for one year to make this film in Hyderabad. The film starts off as a light hearted comedy about a young boy Ravi, who along with his friends ventures upon making a film using a “borrowed” camera. The film gradually takes on a more serious tone as the camera starts to capture stories that Ravi had never imagined. The film was well made, and had that professional polish that distinguishes it from an amateur art house film to a more Hollywoodish kind (not that there is anything wrong with that). The screenplay structure follows the typical three act flow as preached by Hollywood gurus, although the story kind of slacked during the second act. The film however, made a point of its own – that films are finally made on the editing table. The boy did not have a story to begin with, but the story he finally told through his film came about on his editing tool by mostly using footages captured accidentally on his Panasonic camera.  Nonetheless, it was an enjoyable film and I brought along my 12 year old son (who dabbles with film making now and then) to watch the film the following day.

The film screening was followed by a short celebration where the famed film maker from India, Adoor Gopalakrishnan was felicitated. Adoor is one of the most respected film maker and has received numerous awards and acclaims for his films both in India and abroad. It was indeed a major achievement of the festival committee to bring him and his film at this festival.  A nice dinner followed this event before wrapping up for the day.

The next day, the venue shifted to Rutgers University Cook-Douglas campus. I was able to watch only two films – “Loori” a film made by Afgan expats and “Barah Anah” a film made by Raja Menon from Mumbai.

“Loori” (directed by Saeed Orokzai ) is a film about a young Afgan woman Meena. Meena was brought to USA as a child when her parents died during the Soviet invation. Later,  after some troubling incidents in her life, Meena develops some serious emotional and mental problems. Finally she finds herself back after some help from an Afgan doctor, an Artist and a homeless boy.  The story had a slow, soft lyrical quality to it and is loaded with symbolism. However the key problem of this film was its technical quality and the entire production can be regarded as amateurish at best. The acting performances for most was quite poor, so was the photography which got further skewed by an inadequate DVD projection system.

“Barah Anah” (Short Changed) is directed by Raja Menon and is produced by  an interesting team of people including an Italian (Giulia Achilli), an American (Raj Yerasi) and an Indian (Raja Menon). The film tells the tale of three migrant workers in Mumbai who got tired of the continuous indignity and disdain showered upon them by the rising middle class, and takes up crime to achieve their goals. They kidnap simple middle class people who, having no faith in law enforcement, prefers to pay the “micro” ransom demands instead of going to the police. The story, in itself, is nothing novel and has been told several times. However, the film gets its boost from the wonderful performances of its cast members which include none other than the great Nasiruddin Shah and Vijay Raj. The film seem contrived at times, with the ending clearly a patch work which is difficult to justify, even with a back story of Shukla’s (acted by Nasiruddin Shah) predicament at the beginning of the film. If a death certificate can get a person out of judicial claws, then all criminals would have carried a death certificate of their own. Raja Menon’s answer to this was that he took some artistic license and left it to the audience to figure it out, but I think that kind of an excuse is not even used by the regular song-and-dance kind of seventies style Bollywood movie.

On Sunday, the third and final day of the festival that happened at the Rutgers Busch Campus Students Center, I was able to see only one film and possibly the best of the lot I’ve seen so far. “Death on a Full Moon Day” (Pura Handa Kaluwara) a Sinhalese film directed by Prasanna Vithanage was made in 1997 and was banned by the Sri Lankan Govt. Prasanna fought against the ban and won the case in the Supreme Court who forced the Govt to lift the ban. The film is a wonderful treatise on the de-humanization of common people by war and the reigning authorities.  Old Vannihamy, on a full moon day, receives the remains of his only son (a soldier in the Sri Lankan army) in a sealed coffin. But Vannihamy refuses to accept the death of his son and risking the compensation money from the Govt., he opens the casket to vindicate his belief.  The loss of humanity and the general apathy of the people caused by a prolonged war  is dealt with great sensitivity and beauty that only a master film maker can. I am inclined to see more of Prasanna’s films if they are available on DVD.

NJISACF brings to us some of the gems of South Asian cinema and exposes us to the rich cultural variety of that region. I hope this modest festival develops into a major international event and helps build bridges between cultures. Kudos to the festival organizers.

My only request to the organizers would be to make sure that the projection systems do justice to the films being shown. The film makers take lot of care in composing their shots and arranging color schemes for each frame. But it really gets frustrating for the film makers as well as the audience when a less than adequate DVD player and projection system screws it up.