New Jersey has many things to be proud of – the Jersey shores, the Atlantic City Boardwalk,  the Meadowlands, the Pine Barrens – the list is quite long. Now you can add to that list, the South Asian Theatre Festival organized by  Epic Actors Workshop, a theatre and performing arts organization of New Jersey. Over the last seven years, South Asian Theatre Festival of New Jersey has established itself as an unique event that we all look forward to. A festival dedicated to celebrate South Asian  theatre is not a common occurrence in this part of the world. Showcasing the rich and diverse theatre of South Asia to the greater American audience is no small feat. It requires vision, a great deal of motivation, and a huge amount of resources,  for which the host organization Epic Actors Workshop and its leader Dr. Dipan Ray deserves a huge applause from us all theatre lovers.  This year Epic Actors Workshop celebrates it’s twenty fifth anniversary by hosting the eighth South Asian Theatre festival at the Crossroads Theatre in New Brunswick New Jersey on Sept 27th, 28th and 29th with a gala presentation of eight plays.

The festival opens on Friday, Sept 27th at 7:30pm with an audio visual presentation depicting the twenty five years of Epic Actors Workshop. The show is conceived and scripted by Alokesh Dutta Roy and directed by Indranil Mukherjee. This show will be followed by “Our Voices”,  a play written and directed by Gargi Mukherjee and advised by Ricardo Khan, is about South Asian youth being caught between cultures, not being able to identify with any, or preferring one over the other, resulting in huge conflicts within the home and outside and ultimately getting trapped in a very confused state of being. This play attempts to give the South Asian youth a voice, whereby they can share their innermost struggles, thoughts and feelings and consequently find a platform to exchange ideas, collaborate with others toward the common goal of gaining a clearer understanding of who they are and how to celebrate their differences.  A panel discussion and unveiling of an exhibition depicting twenty five years of Epic’s journey is also scheduled for the evening. 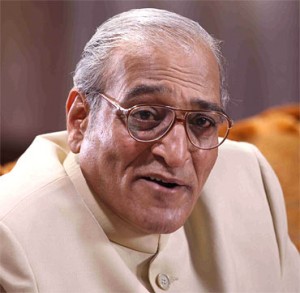 On Saturday, Sept 28th, the doors open at 4:00pm with a Hindi play, “Never Mind”, directed by Dr. Mohan Agashe. This play by Vivek Bele unfolds the budding romance between two unique and interesting people: Ninad, a successful marketing manager constantly experimenting with his brilliant business ideas, and Smita, a creative art designer curiously fascinated by animals. Both characters bring to this relationship their unique foibles and eccentricities. Beyond all, Smita is stuck in her fear and hesitates to take the first step to experience love despite Ninad’s futile attempts to impress her. But love conquers all and their minds conspire to bring them together!

The next play of the evening will be our group ECTA’s latest production “Palok” or “The Protector”. This bilingual (Bengali-English) play  (written and directed by yours truly) deftly tests the perennial boundaries and uncertainties of parental authority and influence. How valid is the debate that parenting is only a biological consequence and doesn’t necessitate more; what does it take to be a parent? When do a parent’s rights and responsibilities begin and when do they trespass on the rights of the individual? Every generation poses these difficult questions and each modulates it as there are no easy answers to fit or please all. An eighteen month old child is removed from his parents by the Child Protective Services (CPS) in suspicion of child abuse and neglect.  The parents claim, that the child’s injury was caused by a minor fall, contradicts the medical diagnosis.  The couple seeks help from their friends in their time of distress.  The friends extend their helping hand to get back the child from CPS custody, but was this the help the parents were looking for?

The last play of the evening, “Nana Ronger Din”, is an adaptation in Bengali from Anton Chekov’s play “Swan Song”.  Anton Chekhov wrote Swan Song in 1887. It was one of his early plays, written before the masterpieces he went on to create for the Moscow Art Theatre.  Ajitesh Banerjee, the great Bengali thespian and playwright, adapted this little play into Bengali in the 1970s and made it a legendary production in the history of Bengali theatre. The old Russian actor in Chekhov’s play becomes Rajani Chatterjee, a once-famous actor (now relic) of the Bengali commercial stage. Following an evening performance of Shahjahan, unbeknownst to everyone, Rajani-babu falls asleep in a drunken blur in one of the dressing rooms. When he awakens, the theatre is dark and empty. He falls quickly into saddened monologue that he speaks to Kalinath, the old prompter, who is homeless and secretly sleeps in the theatre. While charting out the tragic tale of his own life, Rajani-babu pronounces a scathing judgment on the fake moralities and hypocrisies of society, as the night wears on….

On Sunday, Sept 29th, the theatre opens with Girish Karnad’s classic play “Hayavadana” (in English) directed by Farley Richmond. Although written and produced over twenty years ago, Girish Karnad’s Hayavadana continues to delight and entertain audiences the world over even today. Based on myths and folk tales the main story is simple, witty, and insightful. At the heart of the plot is a love triangle like no Bollywood film ever imagined. Two devoted male friends are in love with the same charming woman. She is attracted to each of them but for very different reasons. As the play unfolds we wonder just who will win and who is destined to loose her affections? In the second act the woman discovers to her surprise that her choice has changed and that what she thought she was getting in no longer the man she wanted him to be. To conclude the story all three have learned and grown even if they find no satisfactory remedy for the choices they made. The main plot is derived from Thomas Mann’s novella, The Transposed Heads. Mann adapted the story from the Kathasaritsagara, an ancient collection of Sanskrit tales. Karnad discovered Mann’s work while studying at Oxford and saw its potentials for a play. He brackets the love triangle with a folk tale concerning a man who bemoans the fact that he is incomplete. When we meet the man during the final moments of the play his dilemma has been resolved but not in a way that he expected it to be. An opening prayer to Lord Ganesh aptly ties together both stories. 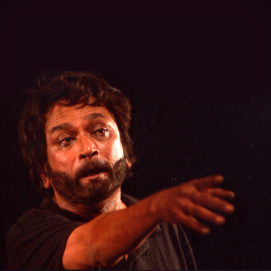 Meghnad Bhattacharya. Adapted in Bengali from tales written by Russian satirist Mikhail Saltikav Schedrin, this play entertainingly elaborates on the dignity of Man’s work and the idealist principle that abstinence from work is a repugnant crime. Wit and humor cleverly reveal the perils of a greedy, modern bureaucracy despite the simple philosophy shared by the locals that the bounty of the Land is everyone’s equal right.

A festival like this is a rare event in America and I’d like to encourage you all to come and support this endeavor. I can promise you, you’ll not regret it.