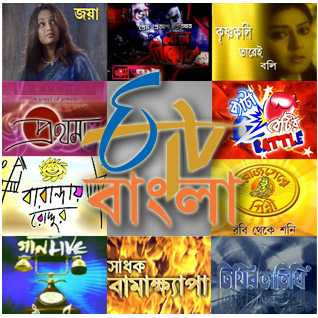 ETV Bangla has changed its broadcast schedule in USA. They claim that the schedule is now follows the current Kolkata broadcast schedule only with the time shifted. In other words a show at 8.00pm in Kolkata will be broadcast at 8.00pm Eastern in USA. Although, now we have the privilge of watching the current shows instead of  a huge lag, the popular serials have now fast forwarded quite a bit with lot of story being lost in the process. The scheduling also doesn’t seem to be stabilzed – we often have to experience erratic programming.

The second issue is that the advertisements seem to have increased quite a bit. A short segment of broadcast is followed by a prolonged advertisement most of which are irrelevant for US market (I don’t think we are interested in Baygon Spray or Glucon-D).

The third issue is that ETV does not bother to update their listings with Direct-TV database and hence it makes DVR (aka Tivo, PVR) recording a major problem. I had once sent an email to ETV, and they did update it once. But that’s it.

Let’s hope ETV gets their act together soon and make our subscription worth it.