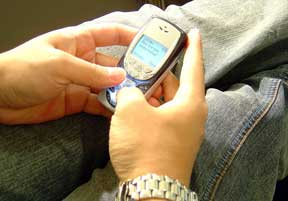 Recently I listened to an excellent talk by Dr. Jeffrey Cole (Director, Center for the Digital Future, of the USC Annenberg School) about Social Networks, the digital media and our teens. His research and insights into this digital revolution that we are growing through threw some interesting light on our teen generation. The teens today use technology in ways we never thought of. The entire digital industry is geared up to develop new gadgets and gizmos for the new generation. The social networking phenomenon like Facebook, Orkut and others have demonstrated how much influence this new generation has in defining the shape of digital media.  Dr. Cole lists few characteristics of a teen in this and our future digital generation.

Being a parent of teenagers, I couldn’t agree more with Dr. Cole’s observations.  I am sure, you do too.  Online social networking can be a great tool. I am on Facebook too and I am also on Orkut and Linked-in. However, I am nowhere close to the extent my kids use it. For us it is more like a curiosity, for them it is their lifeline.