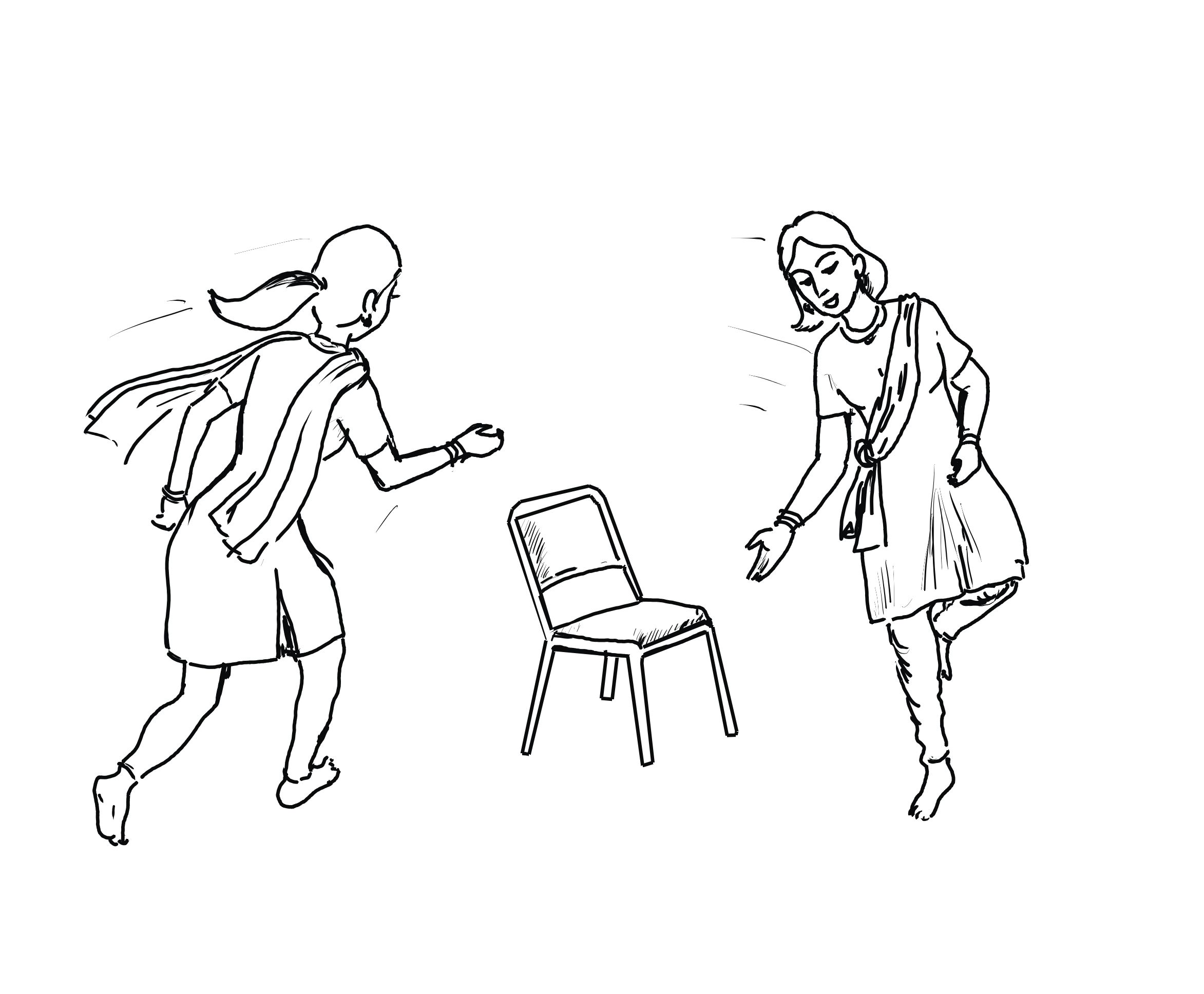 I wrote the play “Musical Chair” couple of years ago for a local magazine. That time I had no intention of staging the play, rather it was written more as a piece to be read rather than acted. The theatrical format did consider the staging related logistics, but the play demanded a lot from the actors and the director. Keka Sircar took up the challenge and we decided to stage the play along with “Ekti Gnaye Thaki”.  A women director can bring to a play a perspective that is unique and for a play like “Musical Chair” it is almost essential.  Since all the speaking characters in this play are women,  the actors too can present the material in a form that we are not accustomed to in a male dominated stage. The way the play gets interpreted and presented by the women actors can never be achieved from a male perspective.

Jayeeta Ganguly performs one of the key role in this play and this is what she had to say about the play.

“Musical Chair” intricately weaves the lives of five women who are in the game for winning something more than the prize. Life has dished out a fair slice of unfairness to each one of them, and today they are prepared to get even with it. They are all very different- different when it comes to their age and their social, economic, and intellectual stature; however, one thing is common to all five- their battle with insecurities. So be it a gnawing fear of fading youth and degeneration, or the constant throttling of spririt by an overbearing husband, or the disloyalty and rejection by a fickle partner, they are all victims of circumstances beyond their control. And this despair and dejection lashes out in a passion to win the “chair”. The “chair” ofcourse means different things to each of them. While one sees in it the path to beat the young and to takeover, the other sees in it a medium to regain her lost self-esteem. Two of them even see the chair as their object of desire, as an answer to their power-struggle over one man. But the best part is that the picture of all these struggles and battles is painted hilariously, and that the characters are extremely real. One can identify a Konkona, Malini or a Suchismita in every social group. Coming back to the game and the chair, round and round the characters walk, eyeing the chair closely, and waiting for the music to stop. The chair is ruthless, just like Life. Only the fittest person will survive…

In the coming weeks, I wish to bring to you some more view points from the actors and the director.

I am waiting eagerly to see the play during its staging at the Edison Valley Playhouse on the 12th and 13th of June. I hope you are waiting too.