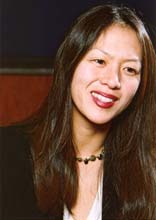 Recently Amy Chua is in the news. Her book “Battle Hymn of the Tiger Mother” has raised a storm in American households. Although many may not have read her book, but the excerpt published by Wall Street Journal was enough to enrage many parents who challenged Amy in all forms possible.  To us, Indian parents, Ms. Chua’s parenting style is nothing new at all. Rather the western parenting style of protecting the delicate and fragile self-esteem of our children seems more foreign to us. We remember how we trembled to bring in our report cards that had less than 80% scores in front of our parents (well during our times 80% was a great score – letter marks, as we used to say). But after we came to this country, we learned that we should never exhibit our dissatisfaction when our child fails to deliver their best.   We should keep encouraging them, tell them that they are doing great, even when their grades keep slacking. Positive reinforcement, we learned, was the key to success. Before exams, we are told not to pressurize them to study. Rather the kids should relax, and have a good nights sleep, unlike us who used to study almost the whole night before the exams. At sports and games, the motto is everybody is a winner, and the kids are showered with trophies and accolades even when you clearly know that your child is not at all the athletic type. And then comes Amy Chua and tells the Americans the Chinese (read Asian) style of parenting. Her parenting policy is simple – do not give your kids false sense of success and security. If you do, you are lying to them and are doing a great disservice to them. The real world is a tough place – your boss is not going to say, keep up the good work, when you clearly have failed in your job. The strategy practiced by Amy on her daughters does sound shocking to most western parents. No sleepover party, no grades less than A, no drama clubs, no TV or video/computer games, no boy/girlfriends in school etc. etc.  Well it is a bit harsh no doubt, but she does make a point. We know that in reality we don’t have to be that hard on our children, but I agree with her that our children needs to be told in a clear and unambiguous way – giving up or being complacent is not an option.  And when our children don’t get this simple message, we may have to give them the message the hard way – the drill sergeant way. American education system has many good features, but Amy Chua has pointed us to its greatest weakness – complacency, lack of competitive spirit and underestimating the sense of self-esteem of our children. This weakness, if not fixed, can prove to be fatal for this country’s future.