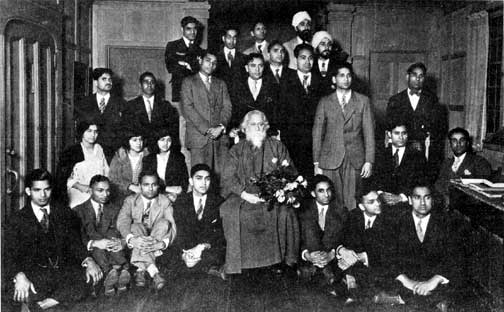 About a year and half ago, when I was researching on Rabindranath Tagore’s visits to the USA, an incident caught my attention. It said, that apparently there was an assassination attempt on Rabindranath by some Indians during his visit to San Francisco in October of 1916. This piece of information shocked me to say the least and I started to dig into the matter further. I looked into several books on Tagore by well regarded scholars and slowly an image started to take shape. I’ll refrain myself from getting into the details of the various accounts published in several books (you may look for them in the attached bibliography), but just to put matters in context I’ll quote some references: END_OF_DOCUMENT_TOKEN_TO_BE_REPLACED

My first experience with Badal Sircar was when I was a child. In our campus (I grew up in IIT Kharagpur campus) the faculty, staff and students often staged plays and I think it was with “Boro Pishima” I first experienced theatre and it changed my life in many ways forever. Later I saw “Solution X” where my mother also participated in one of the lead characters. Few years later, when I was in high school, I went to see a student’s production (TDS _- Technology Dramatic Society) and was shaken to the core to see “Michhil” performed. It was an experience that I could never have expected. For the first time I realized that theater does not require a stage, does not require any expensive sets, any lights or any sophisticated sounds. All it needs are performers and an audience. And in most cases, the barrier between a performer and audience faded away – they became one whole theatrical entity.  I also learned the term “Third Theatre”. The apparent simplicity of these production made me think, can theatre be so easy?  My friends and I started to produce Badal Sircar, “Michhil”, “Bhoma” and others. We even started performing regular proscenium kind of plays in third theatre form. END_OF_DOCUMENT_TOKEN_TO_BE_REPLACED