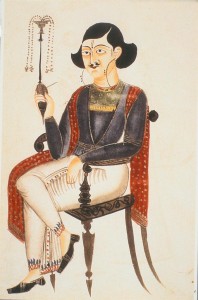 Dear Sudipta,
A few weeks ago, I attended and enjoyed your one-act monologue play Banijye Basate Lakhhi, a script about Bengali absence, by and large from the world of business and commerce. It may not have had much dramatic impact on audience because of its format and contents- probably it was not intended to; but enlivened by your natural and easy acting, was interesting indeed and set the Bengali viewers on to soul searching. In that aspect it was quite effective. The subject of your play is topical and in that respect my comments although late in coming, may not have timed out or turned stale. You touched on the maladies that inflict us, discouraging us from launching a venture, aversion to risk taking, reluctance to work hard, and absence of desire to set our spirit free. All these are so very true and have triggered some thoughts in my mind. END_OF_DOCUMENT_TOKEN_TO_BE_REPLACED 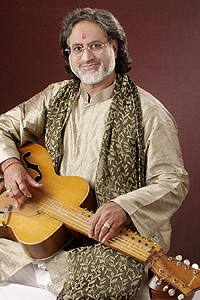 The highlight of the program will be Indian classical and fusion music performance by the Grammy award winner musician, Pandit Viswamohan Bhatt. The maestro is going to play his enchanting Mohan Veena (modified slide guitar) for us. It would be a privilege for us and especially our next generation to see him in person and hear him perform on this unique instrument. Pandit Bhatt will be accompanied on tabla by the Tabla wizard, Pandit Subhen Chatterjee.Time permitting, there may be a Q&A session with the celebrity artists. END_OF_DOCUMENT_TOKEN_TO_BE_REPLACED

“Voice is something that not only an actor needs to develop, anybody who wants to communicate effectively must learn how to develop and use his or her voice”, says Kulraaj Anand, the popular host of EBC Radio. In this episode of EBC drama club, I chat with Kulraaj who talks about how one can go about developing their voice and why. He also demonstrates voice exercises and presents an improvisational piece for the audience. Enjoy the show.

Note: You may subscribe to this and other podcasts through itunes for free.

Anandamandir is  pleased to invite nominations for the 2013 Gayatri Memorial Awards for Literary Excellence. These awards were established by Jerry GaMarsh in 2010 to honor his late wife, Gayatri GaMarsh, who was a highly talented author, artist and sculptor and a warmly regarded member of the Ananda Mandir community in NJ. Two awards are given every year, and each winner receives $500 in cash and a commemorative plaque.

Authors who have published creative writings in periodicals (and websites) published in North America are encouraged to submit nominations per the guidelines given below. Third-party nominations are welcome but concurrence of the nominated authors must be obtained in advance. END_OF_DOCUMENT_TOKEN_TO_BE_REPLACED