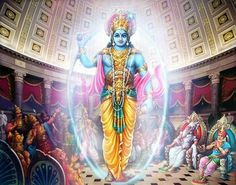 Krishna arrives at the Hastinapur palace with his peace proposal. However, his reconciliatory words falls into deaf ears. Duryodhan ignores Krishna’s proposal and claims he has done nothing wrong. Dhritarashtra makes a feeble attempt to convince Duryodhan, but fails. Duryodhan and his brothers try to attack Krishna and imprison him. However, Duryodhan was not prepared for the shock he was about to experience. 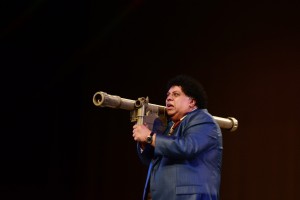 Last fall, when I joined the Dramatist Guild Institute’s play writing workshop, I was told the objective of this class would be for each participant to write a first draft of a full length play. I was thinking what would be a good topic to write about. And then it dawned on me, the story of “The Curious Case of a Casual Terrorist” would be the perfect vehicle to try out. I have been following this bizarre story of an international salesman, who of his own will, fell into a trap set up by the law-enforcement to nab terrorists before they could act. The story, that unfolded in New Jersey about fifteen years ago, caused a huge media storm. The strangeness of this story made it a household topic of discussion, while the law enforcement touted it as their greatest success. I thought about the possibility of a play based on this true story right then, but couldn’t get to it. There were other issues too.  Finally,  at the end of the ten weeks workshop the play that evolved in its first draft form was not the true story itself, but a fictionalized drama highlighting the irony and absurdity of it all.  END_OF_DOCUMENT_TOKEN_TO_BE_REPLACED