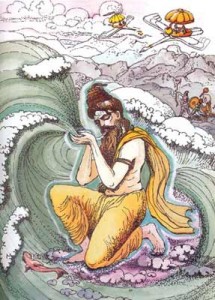 After spending few years in the Kamyaka forest, the Pandavas embark on a grand pilgrimage to visit the various holy places around the country. and learn about their glorious legends. Rishi Lomasha volunteered to be their guide. On their first stop, they visit the Ashrama of Rishi Agastya. Lomasha tells them the stories of the strange miracles performed by Agastya.

Listen to this exciting episode, and don’t forget to give us your feedback. 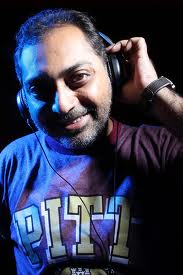 Few months ago, filmmaker Anindya Chatterjee was in the USA with his debut feature film “Open-Tee Bioscope”. He, along with his friend Saugata, was touring the country and screening the film a several venues where Bengalis flocked. For many Bengalis in their middle age, the nostalgic film recreates their teenage years spent in the lanes and bylanes of Kolkata. It chronicles a tumultuous year in the life of a teenage boy, a coming of age story that is familiar to many of us even if we didn’t grow up in Kolkata.  I got a chance to catch up with Anindya when he was visiting Washington D.C. to screen his film. He was kind enough to spend few minutes talking about his film and about his future plan. I hope you enjoy. 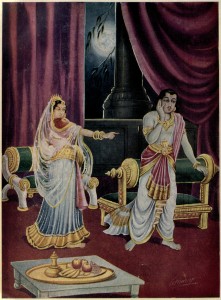 Arjuna visits the heavens to acquire more weapons from his father Indra. Apart from acquiring the skills in using the divine weapons, Arjuna also begins taking lessons in music and dance from the Gandharva Guru Chitrasena.  There he meets the beautiful Apsara, Urvasi and Arjuna’s resolve gets tested once again.

Listen to this episode below and don’t forget to provide your feedback.