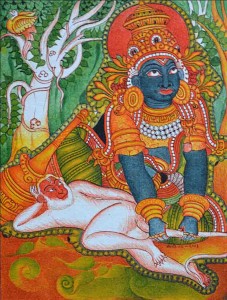 Draupadi asks Bheema to fetch her the divine lotus.  Bheema, eager to please his wife, embarks on a journey to find the precious gift. On his way, he meets an old and frail little monkey. Little did he know, it was his brother the mighty lord Hanuman.

Listen to this delightful story which connects the two great epics of India, Ramayana, and Mahabharata.

Subscribe to the podcast on iTunes and receive automatic updates. 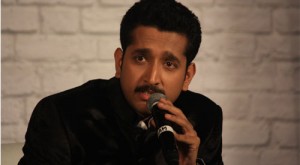 Parambrata Chattopadhyay is one of the busiest film actors in Bengal today. Noted as an actor of the alternative cinema, Parambrata has demonstrated his talent not only in Bengali films but also in the mainstream Hindi film industry. His performances in Kahani, Chotushkon, Apur Panchali, Kadambari and many others have made him a household name. Hailing from a family of filmmakers, film writers and critics, Parambrata is also a filmmaker. I got an opportunity to grab some time with him during his visit to New Jersey to screen one of his recent films, Kadambari. An engaging conversationalist, Parambrata discusses candidly his approach to cinema acting and filmmaking in this 20-minute long chat session. I hope you like it. 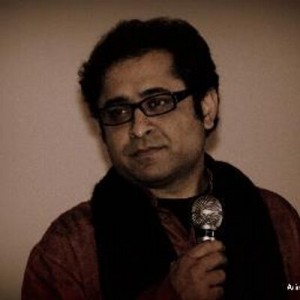 The acclaimed filmmaker Suman Ghosh was in town. He was invited to New Jersey by Dhriti Bagchi (of Mrittika) to screen his recent film “Kadambari”. Based on the life of Kadambari Tagore, the wife of Jyotirindranath Tagore and sister-in-law of Rabindranath Tagore, the film presents one of the most intriguing stories of the Bengali cultural history.  I took this opportunity to chat with Suman about his filmmaking process, about his dual career (as an economics professor and a filmmaker) and some specifics about the film “Kadambari”. I hope you enjoy listening  to this not-too-long conversation.