While the current economic crisis still bogging us down to our knees, I chanced upon an insightful lecture by Dr. Alan Blinder, a Professor of Economics and Public Affairs at the Woodrow Wilson School, Princeton University. A world renowned economist, Prof. Blinder speaks very eloquently about the multiple causes and culprits of the current economic crisis and also spells out the possible remedies. It was an extremely educational experience for me, and I think will be the same for many people like me who keep on hearing multiple different stories from different sources. END_OF_DOCUMENT_TOKEN_TO_BE_REPLACED

Year 2008 is finally over, and what a year it has been. I am sure this year will go down in history as one of the most significant year of this century. If we look back to this year, the two events that stand out the most are – the global economic meltdown and the historic presidential election.
The economic meltdown of the 2008 will go down in history possibly as the darkest economic times of the twenty-first century just as the great depression of 1929. The sub-prime mortgage crisis, the credit crisis, the crash of the Wall street giants, the market crash created a snow ball effect of financial disasters which still remains to be contained. This crisis also proved once again how tightly the global markets are connected these days when it spread from its epicenter in USA to all parts of the developed and developing world.
The second most significant event was the US presidential election. The election of Barack Obama, the first African American to grace the White House as the president of the United States is an event that will be recorded in history in golden letters. Barack Obama brings with him the hopes for a positive change not only in USA but also the whole world. The worldwide celebrations at the election win of Obama is a testament to how the world looks forward to this new leader.

India too has seen some good and bad days during the last year. The dastardly attack on Mumbai by the terrorists has caused the world community to refocus their attention to deal with global terrorism. Terrorism still continues to plague the world and keeps on challenging our defenses in any way they can.
On the positive side, the Indian technological and economic prowess showed off with the successful launch of Chandrayaan I and then with the successful implant of the lunar probes on the surface of the moon. This has been a significant achievement for a country that is relatively young to the space race.

Another 2008 global event that I will remember for a while is the 2008 Beijing Olympic Games. The Olympic games demonstrated how human beings like Michael Phelps and Usain Bolt can become super humans. This Olympics was also especially favorable to the Indian athletes with its first individual gold and if I am not incorrect, the highest medal tally at the games.

I hope 2009 comes to us with the promise to fulfill our hopes and dreams. Let’s hope that from January 20th, the new President brings in the change he promised and helps herald in the peace and prosperity that we all have been looking forward to. Let’s hope that evil in all forms, from terrorists to the financial swindlers, all are defeated and good prevails for all in the world.

Wishing you all a very happy New Year. 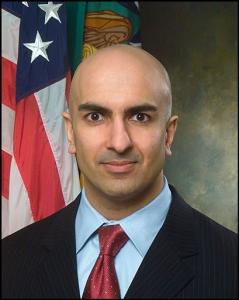